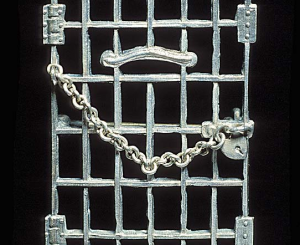 Explore Women's History Month with your students using lessons, podcasts, activities, and primary sources. This image is of the Jailed for Freedom Pin from the collections. 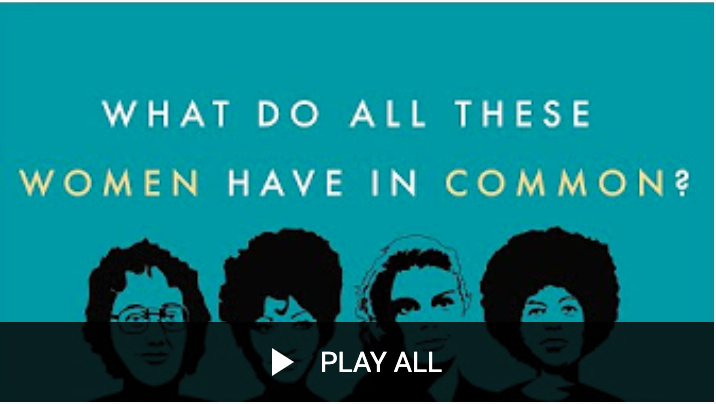 Learn more women’s history with the Smithsonian: https://womenshistory.si.edu Drawing on the Smithsonian’s unique and vast resources, Because of Her Story creates, disseminates, and amplifies the historical record of the accomplishments of American women. 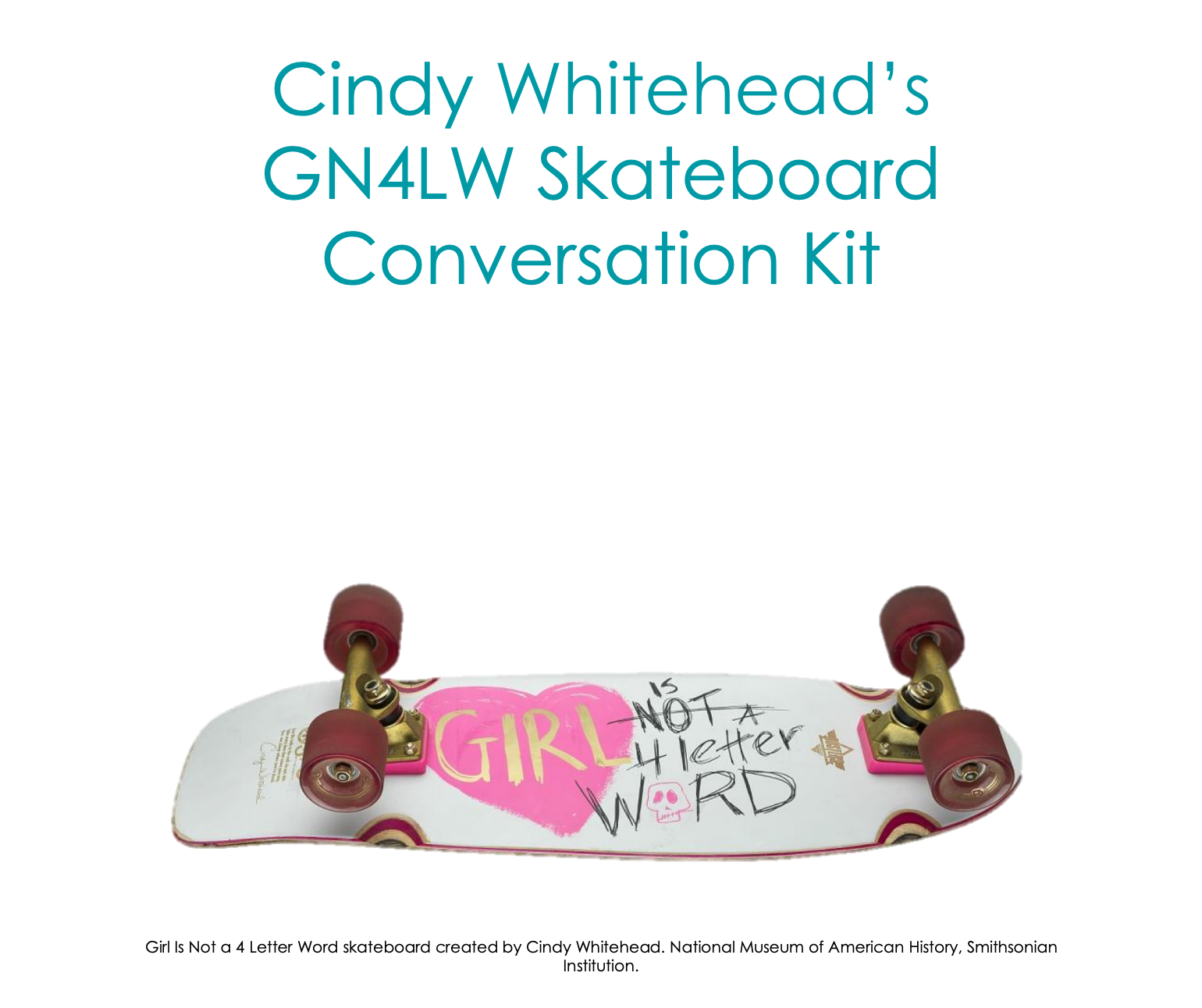 In this lesson plan, students will learn how Cindy Whitehead, a skateboarding pioneer, changed the culture of skateboarding and fought for girls to have greater access to all sports. Students will examine the question: Why does gender equality in sports matter?

How did women serve in uniform during World War I? In this episode, host Tory Altman joins Curator Margaret Vining of the Museum's Division of Armed Forces History to talk about women's service in the conflict, and how their contributions helped the cause of the woman suffrage movement. 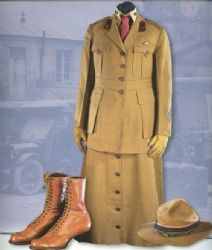 In this episode of History Explorer, curators Bart Hacker and Margaret Vining discuss the roles that women have played in the military throughout history, their research, and the 2013 announcement of a policy to allow women in combat.  The resource set includes a teacher guide, student worksheet, and related images. 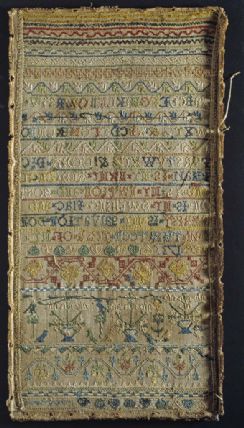 By the 1700s, samplers depicting alphabets and numerals were worked by young women to learn the basic needlework skills needed to operate the family household.  The earliest dated sampler in the museum's collection was made in 1735 by Lydia Dickman of Boston, Massachusetts.   By the late 1700s and early 1800s, schools or academies for well-to-do young women flourished, and more elaborate pieces with decorative motifs such as verses, flowers, houses, religious, pastoral, and/or mourning scenes were being stitched. The parents of these young women proudly displayed their embroideries as showpieces of their work, talent, and status. 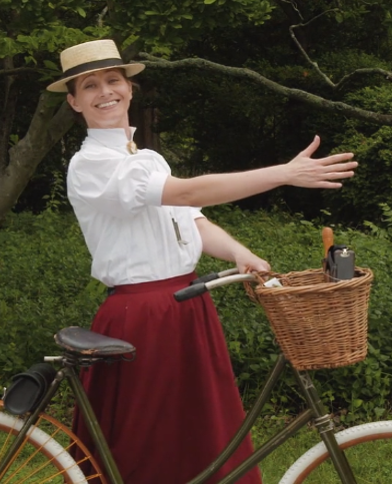 The Smithsonian's National Museum of American History presents a filmed version of its on-the-floor program, Meet the Wheelwoman.

In this film, you’ll hear from a wheelwoman—a female bicycle rider from the 1890s—and learn about how women of that era used bicycles to change their lives.

You can also view this video in segments to facilitate an inquiry based lesson with your class. 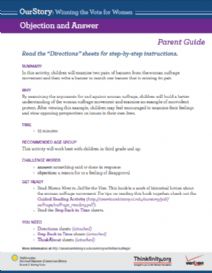 Take a closer look at some of the Smithsonian's collection of "objection and answer" banners that displayed arguments for and against women's suffrage. Part of an OurStory module entitled Winning the Vote for Women, this activity includes a worksheet that encourages discussion of the women's suffrage movement along with images of the banners themselves. OurStory is designed to help children and adults enjoy exploring history together through the use of children's literature, everyday objects, and hands-on activities. 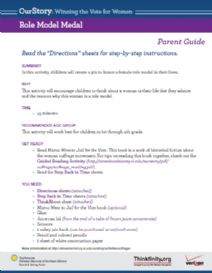 Encourage children to recognize a woman role model in their lives by creating a special symbolic pin. Part of an OurStory module entitled Winning the Vote for Women, this activity includes a hand out that encourages discussion of the women's suffrage movement and instructions for choosing effective symbols and creating a pin for a modern day female role model . OurStory is designed to help children and adults enjoy exploring history together through the use of children's literature, everyday objects, and hands-on activities. 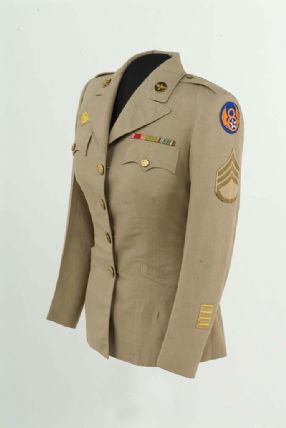 Khaki-colored tropical worsted material with a rolled collar with lapels, epaulets on the shoulders, two false horizontal breast pockets with small gold-colored metallic buttons, and two side pockets over the hips. The jacket is closed by four gold-colored metallic buttons. Staff sergeant chevrons are on the upper arm of both sleeves above the elbow, the Eighth Army Air Force patch is on the left shoulder, and four overseas bars indicate two years' service overseas. All buttons have the Great Seal of the United States on the front. The collar disk on the right lapel contains the letters "U.S." denoting United States; the collar disk on the left lapel contains the wings and propeller blade of an enlisted member of the Army Air Forces. Both disks are made from gold-colored metal. Ribbons over the left breast pocket represent the Army Good Conduct Medal, the Women's Army Corps Service Medal, and the European-African-Middle Eastern Campaign Medal.

This jacket was worn by Staff Sergeant Margaret C. Frank, WAC, who was assigned to the Eighth Air Force in England as a telephone operator from 1943 to 1945.

During World War II over 150,000 women served in the Women's Army Auxiliary Corps (WAAC) or Women's Army Corps (WAC). Special legislation was required before the women could serve in the army. The law authorizing the WAAC was signed by President Franklin Roosevelt in May 1942 and the first WAACs began training in July 1942. Initially WAACs were only assigned to duties in the continental United States. However, when General Dwight Eisenhower requested trained secretarial, clerical, and administrative personnel, a WAAC detachment was sent to his headquarters in North Africa in early 1943. A WAAC battalion was sent to England in spring 1943 to provide similar expertise to army and air forces units gathering for the invasion of Europe.

The status of the WAAC as an auxiliary, serving with but not in the army, was confusing and made many routine activities difficult. In mid-1943, Congress authorized the Women's Army Corps as a full-fledged army organization. All WAACs were either converted to WAC status or discharged. Women served in many jobs in addition to the secretarial, clerical, and administrative fields. They were assigned as drivers, mechanics, cooks, ordnance specialists, and radio operators; they worked in communications, logistics, public affairs, medical, intelligence, and many other specialties. They served in the United States and in all overseas theaters. Because of their exemplary record, women were made a part of the regular military establishment in 1948. 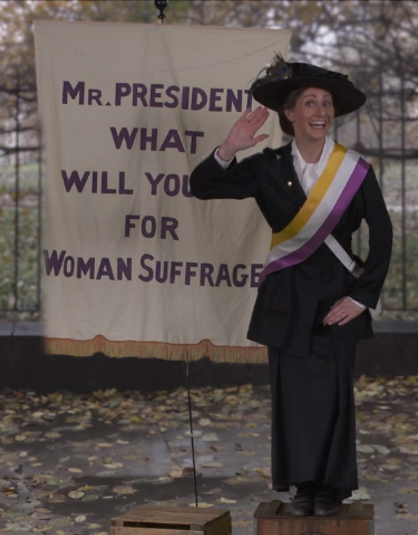 The Smithsonian's National Museum of American History presents a filmed version of its on-the-floor program, The Suffragist.

This set of three classroom videos examines the actions taken by suffragists in 1917 as they fought to win the right to vote. Students meet Rebecca, a historical character from Takoma Park, Maryland, who is grappling with the decision of whether, and if so how, she will join the movement. Through this, students analyze and discuss the suffragists’ arguments and strategies, and investigate the guiding question: What did it take for women to win the vote?

The educators' guide for these videos, which can be downloaded here, contains critical thinking questions, discussion prompts, and links to a collection of primary sources at Smithsonian’s Learning Lab. These resources guide students to explore how the suffragists used the first amendment freedoms provided for citizens within the Constitution to take action, affect change, and reshape their democracy.

Joining the Movement: https://vimeo.com/258091287 In this video, Rebecca examines the history of the woman suffrage movement and decides whether or not to join the Silent Sentinels in their picket of the White House.

Votes for Women: https://vimeo.com/258089443 In this video, Rebecca speaks at an open air meeting to argue why women should have the right to vote.

Silent Sentinels: https://vimeo.com/258090364 In this video, Rebecca discusses the Silent Sentinels' picket at the White House and the public reaction to their protest. 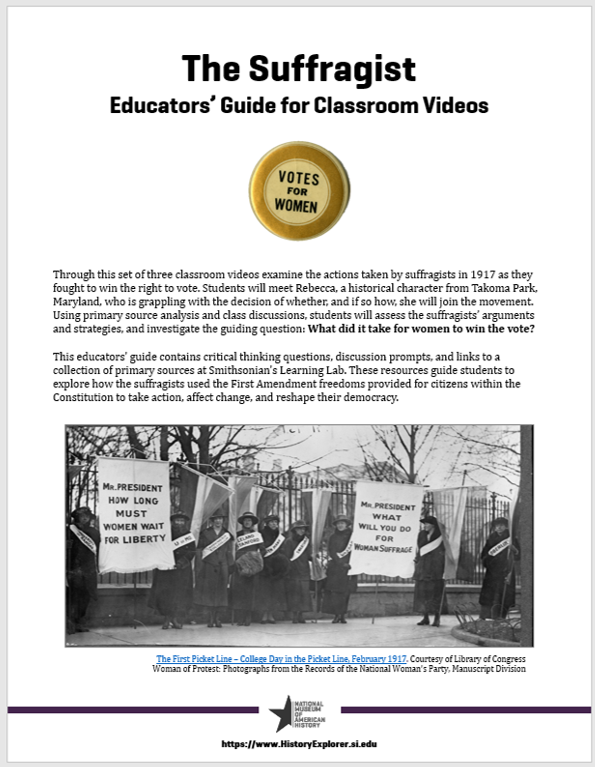 The Suffragist Educators' Guide for the Classroom Videos

Through a set of three classroom videos, examine the actions taken by suffragists in 1917 as they fought to win the right to vote. Students will meet Rebecca, a historical character from Takoma Park, Maryland, who is grappling with the decision of whether, and if so how, she will join the movement. Using primary source analysis and class discussions, students will assess the suffragists’ arguments and strategies, and investigate the guiding question: What did it take for women to win the vote?

This educators’ guide contains critical thinking questions, discussion prompts, and links to a collection of primary sources at Smithsonian’s Learning Lab. These resources guide students to explore how the suffragists used the First Amendment freedoms provided for citizens within the Constitution to take action, affect change, and reshape their democracy.

Winning the Vote for Women

For more than a century, women in the United States struggled to obtain the right to vote. In 1920, the suffrage movement finally achieved victory with the ratification of the Nineteenth Amendment to the Constitution. By using this OurStory module, children and adults can enjoy exploring the history of the women's suffrage movement and women's role in civic life today. Focused on actively reading Mama Went to Jail for the Vote, a historical fiction picture book about the women's suffrage movement, this module also includes links to a hands-on activity, field trip, object-based learning experience, and technology exploration. 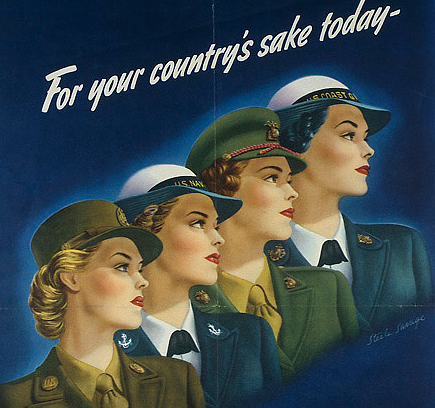 This collection teaches students about the changing role of women during World War II: their role in the workplace, increasing presence in the military, and participation in voluntary organizations that supported the war. Students should think about how these activities reinforced traditional notions of gender divisions while they also allowed women to experience new activities. 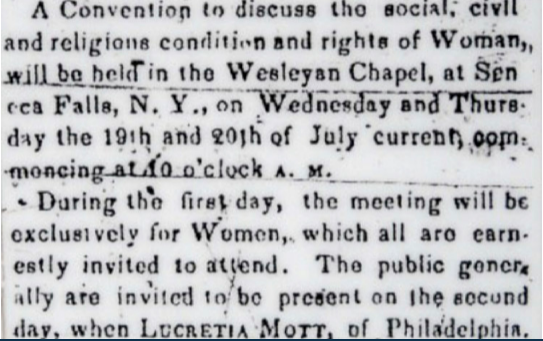 This historical investigation is aligned with the C3 Framework and from C3teachers.org.

This inquiry examines the emergence of the women’s suffrage movement in the 19th century as an effort to expand women’s political and economic rights, and it extends that investigation into the present. The compelling question “What does it mean to be equal?” provides students with an opportunity to examine the nature of equality and the changing conditions for women in American society from the 19th century to today. Each supporting question begins by asking about 19th-century women’s rights and then asks about contemporary gender equality. The relationship between women’s rights and gender equality is a central focus of this inquiry. Students begin the inquiry by exploring the legal limits placed on women in the 19th century and how efforts to gain rights were undertaken by women at the Seneca Falls Convention.