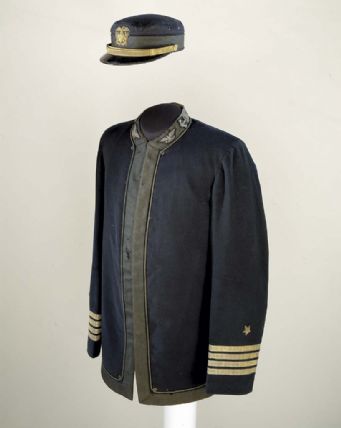 General History
An Annapolis graduate, Captain Charles Gridley was commander of the USS Olympia, the flagship of Commodore George Dewey’s Asiatic Squadron at the Battle of Manila Bay. Dewey, in command of the overall squadron, was also aboard Olympia at the beginning of the battle.

The battle is perhaps best known as the occasion when Dewey uttered one of the most famous statements in American naval history: “You may fire when you are ready, Gridley.” The Battle of Manila Bay, one of two major American naval victories in the Spanish-American War, occurred on 1 May 1898, only days after war had been declared between Spain and the United States. It was a complete and final victory, ending any threat from the Spanish naval forces involved. All major Spanish ships were destroyed or captured, without any significant damage occurring to the American forces.