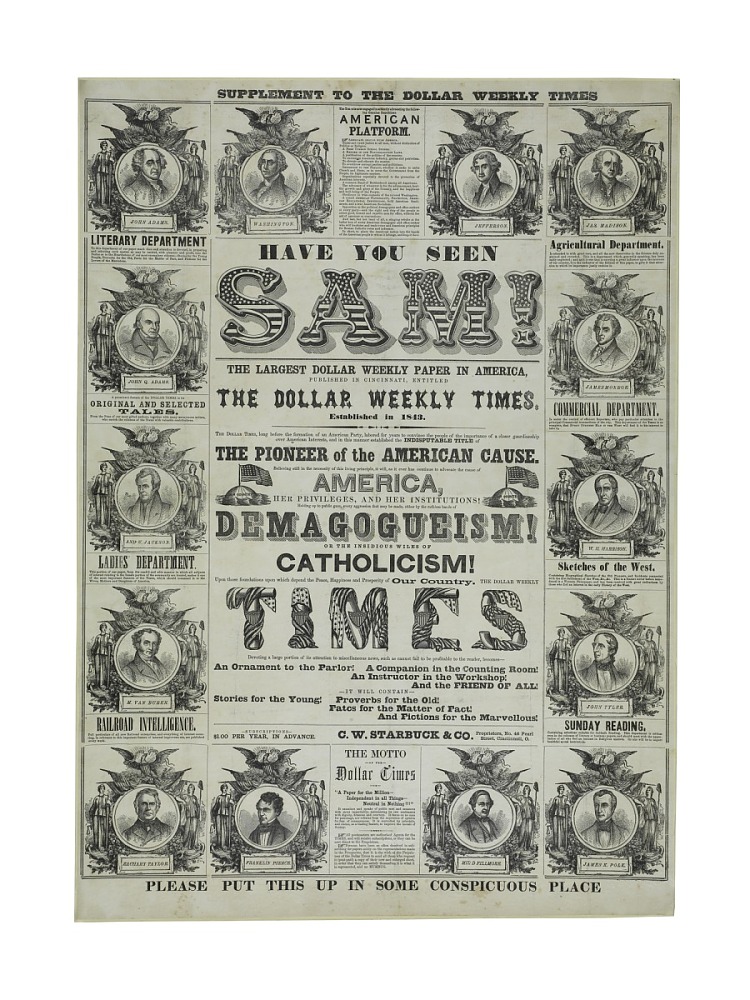 The American Party, also called the Know-Nothings, was a major national political force in the 1850s. It saw immigrants and Catholics as the greatest threat to self-government and to the nation. Arguing for rule by native-born Protestants, the Know-Nothings ran former President Millard Fillmore as their presidential candidate in the 1856 election. Though James Buchanan won the presidency, Fillmore received over 21 percent of the vote. During the Civil War the movement fractured and largely disappeared, but fear and distrust of new immigrants remained within the core beliefs of many future political movements. This 1850s advertising broadside is for The Dollar Weekly Times, an American Party-affiliated newspaper.

2: The course and character of the Civil War and its effects on the American people