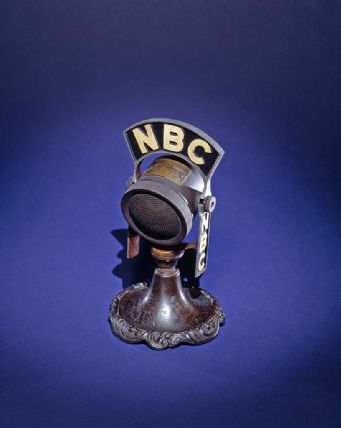 "I want to talk for a few minutes with the people of the United States about banking." So began on March 12, 1933, the first of about thirty informal "Fireside Chat" addresses that President Franklin D. Roosevelt would deliver over the radio. His ability to communicate over this new medium directly and personally, addressing each listener as a respected friend, gave FDR a powerful tool to shape public opinion.

On March 4, 1933 Roosevelt became the 32nd president of the United States. No chief executive, with the exception of Abraham Lincoln, entered the White House confronted by such deep and troubling crises. The nation was mired in its longest and worst economic depression. Approximately a quarter of the work force was unemployed, industrial production was down by a third, and the banking system was collapsing. Internationally the economic crisis contributed to the rise of fascist governments in Europe and eventually World War II. A pragmatist and master politician, FDR boldly experimented with the power of the federal government to address the urgent problems facing the nation. Above all else, Roosevelt's greatest accomplishment was his ability to lead, inspire and assure Americans through some of the darkest years in the nation's history.

President Roosevelt was always rather amused that the name "Fireside Chat" was used to describe all the radio chats he would give during the course of his administration. He used to joke about the Washington weather, saying that it really wasn't proper for a fireside chat.

On the night of the first "Fireside Chat," the microphones were set up in the Lincoln Study. All subsequent chats were held in the Diplomatic Reception Room on the ground floor of the White House. This first night of the Fireside Chat launched a new era of the Presidency whereby the power of mass communications would be used to engage and reassure the American people.

The museum acquired this RCA Type 50-A microphone with the National Broadcasting Company logos on the top and sides in 1996. For many years it had been saved by Carleton Smith, who both set up the microphone for NBC and introduced the radio broadcasts.

1: The causes of the Great Depression and how it affected American society

2: How the New Deal addressed the Great Depression, transformed American federalism, and initiated the welfare state 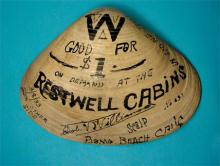 When the Depression and resulting banking crisis hit their community, the residents of the coasta 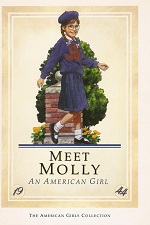 Young Molly experiences the effects of World War II as her family grows a victory garden, and both parents join the war effort. (Part of the American Girl Collection)