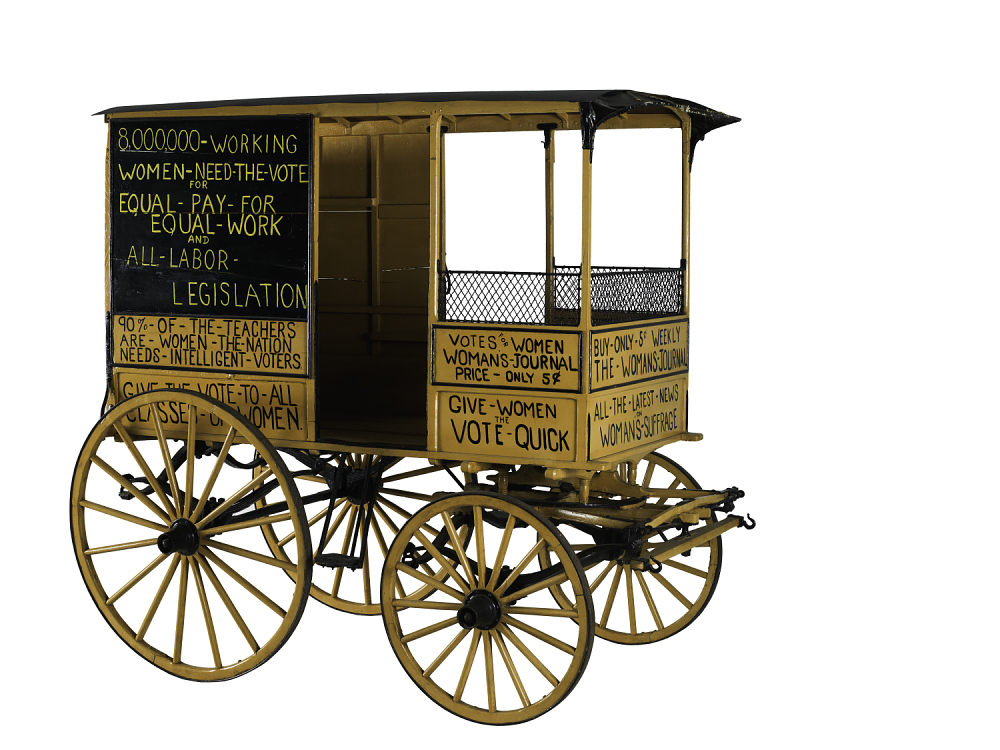 Originally a bakery or milk delivery wagon, tradition says that Lucy Stone used it at speaking engagements and to distribute the Woman's Journal. Around 1912 suffragists found the wagon in a barn on Stone's property. They painted it with slogans and continued to use it to sell the Woman's Journal as well as for rallies and publicity.

Lucy Stone, one of the so-called “19th century triumvirate” of woman’s suffrage and feminism, along with Susan B. Anthony and Elizabeth Cady Stanton, was one of the organizers of the first National Women’s Rights Convention in 1850. In 1869 she founded American Woman Suffrage Association. More moderate than Susan B. Anthony's National Woman Suffrage Association, it admitted men as well as women and was committed to passage of the 15th amendment. In 1870 Lucy Stone founded the Woman's Journal to disseminate information about women’s rights topics.